Huh, This Is Going Well

I just wanted to lead off this third issue by thanking you all for reading - we're already at over 100 subscribers two weeks in, and I'm very pleasantly surprised by this.

I hope you continue to enjoy these little collections of "the week that was" as much as I enjoy curating and writing them up. It's a lovely thing to do at the start of the weekend, and considerably easier than the podcast I had considered instead (though that may still happen someday if I find a willing co-host).

Enjoy this week's summary, and I hope you're all staying safe out there!

Why Not Give The Lava Some Broadband?

In maybe the most Icelandic move I've seen for a while, telecoms operator Míla deliberately buried fiber-optic lines ahead of an active lava flow just so they could see how they survived - after all, Iceland has more than a few volcanoes, and it's nice to know if the internet keeps working, I guess.

Reports 36 hours in said the fiber-optic cable is doing great, so the very calm Icelandic approach to living on an island full of very active volcanoes can continue unabated, safe in the knowledge that while the roads might need a bit of repair now and again, their internet should be fine.

Not Too Many Museums Closed, Actually

It was a big worry that the COVID-19 pandemic would have an outsized impact on some industry areas - including live events, travel, and of course, museums - and many governments (the UK included) have been pretty bad about supporting all of these causes.

Thankfully, this report looks at the UK's museums now the pandemic is starting to lessen, and finds that only nine have closed (and one of those nobody wanted anyway), which is actually significantly less than previous years. Hopefully the trend continues - the UK has an absolute delight of small museums, and it is generally sad to lose any of them.

Well, any of them that aren't the contentious Jack The Ripper Museum, which claimed it was a "women's history museum" on the planning application and duped a lot of people involved. That appears to be one of the ones that's gone, and thank goodness for that.

It's Now A One-Way Bridge

This week's bridge news is this bridge in Qinghai, China, that unfortunately was very near a magnitude 7.3 earthquake and had, well, let's call it a slight failure.

Fortunately, nobody appears to have been injured, and the locals are now left with a bridge that is only really suitable for fans of spectacular bridge jumps.

Where Exactly Do Rivers Come From?

River Runner is a fantastic tool that uses a load of USGS data to let you drop a raindrop anywhere in the contiguous 48 US states and see which river it ends up in.

Of course, there's a very decent chance it'll be the Mississippi, but just avoid the entire middle third of the country and you should be fine.

It's especially fun to try various places around the Continental Divide - the point in the US where rivers change from flowing towards the Atlantic to towards the Pacific - especially as I can see part of it from my window here in Denver. Top marks to any Europeans who actually know where Denver is without looking it up.

The full details of this week's tragic cable car (aerial tram) accident in Italy have started to emerge, and as everyone unfortunately suspected, it was not a fundamental cable-car problem - instead, it was humans overriding a safety system.

This style of cable car runs on two sets of cables - one set to hold it up in the air (the track cables), and one to pull it up the slope (the haulage cable). It turns out the emergency brake - meant to stop the car sliding backwards if the haulage cable snapped - had been misbehaving, so the people running the cable car decided to just... turn it off. Unfortunately, this meant that when the haulage cable snapped, the cabin slid at high speed back down its track cable and detached due to the forces involved.

Rightly, those people are now facing manslaughter charges, and I hope this covers any executives or owners who pressured the maintenance staff into making this call, since that often seems to be what happens. There is sadly only one survivor at this point, but his critical condition is at least improving - my best wishes to him.

Much like ekranoplans, there's a story every five years or so about how airships are also coming back, and here's the one for this year.

Airships are genuinely a great form of transportation for large loads over medium distances - they just had a little bit of, shall we say, bad PR - what with the whole Hindenburg thing. Modern airships don't explode, though (they use helium), and they can carry loads few airplanes can even dream of while requiring no runway and minimal ground facilities.

I do so want to see this succeed, but I have to be cautious in my optimism - many have tried to revive the airship, and most have failed. Goodyear, ironically, started buying airships in 2014 but still calls them blimps, which will make at least seven people very annoyed.

There's No A Bomb On The Plane, But There Is A MiG Outside

I'm sure many of you have heard about Belarus (and its rather unpopular authoritarian government) intercepting a civilian aircraft over its airspace and forcing it to land at Minsk airport, all so they could get a dissident journalist off the plane.

They did this by claiming a fake bomb threat, and then sending an military aircraft out to intercept the aircraft and make it land at Minsk even though it was technically closer to its destination of Vilnius, in Lithuania. Obviously, it was all a ploy to get to the journalist, but this is an incredible breach of international aviation law.

We'll see how this pans out, but so far many European airlines have started avoiding Belarussian airspace, and then Russia started banning airlines that did that. We'll see if this gets all the way to revoking the Chicago Convention for Belarus and/or Russia, but either way, it is not a great time.

Apparently, Flying On Mars Is A Little Difficult

Ingenuity, the Mars 2020 helicopter that has been flying surprisingly well around the Red Planet for a little while now, suffered a minor error in its most recent (sixth) flight where the navigation camera got out of sync with the inertial sensors.

Inertial sensors are great but build up errors pretty quickly over time - so you basically need something to "recalibrate" them with periodically to flush out the error. And, given there's no GPS on Mars, your only real option is looking down and trying to tell what you're doing from where the rocks are - much like many Earth-based drones do when they're close-in to terrain. Unfortunately, that camera had an error, and started sending images tagged with the wrong times, making the helicopter wobble all over the place as it didn't know how fast it was actually moving.

It's a credit to Ingenuity's engineers that the craft survived this - they did the good thing of building in very large safety limits, and made a nice call to have it ignore the camera on landing. Still, I'm glad we're at the point now where we're throwing the Martian helicopter around on extra flights and seeing what can go wrong - here's hoping a full flying mission gets sent at some point.

Brood X, the biggest brood of periodical cicadas in the US, is starting to emerge and while the news coverage this time is maybe a bit overblown, we're not quite at the startling swarm peak yet (that'll hit sometime in June, apparently).

Still, my condolences/congratulations to anyone living in their geographical range. I hear they're quite nutritious, at least?

A Boot Full Of Hands

In an interesting twist on the usual heist format, this company is inviting you to come and perform a heist for the small outlay of £50. The only problem? It's mannequins.

Yes, that's right, you are free to go and fill your car boot (trunk) as full of mannequins as you can in 15 minutes. They do warn that they might be a bit full of water, and I also want to warn you that they may be haunted or cause you nightmares, but hey, sometimes you need mannequins.

Please be aware though, some nightmares are off limits: "You are welcome to hands but there is a limit of 5 pairs per customer along with other parts. Under no circumstances whatsoever will you be able to fill your car boot with hands". 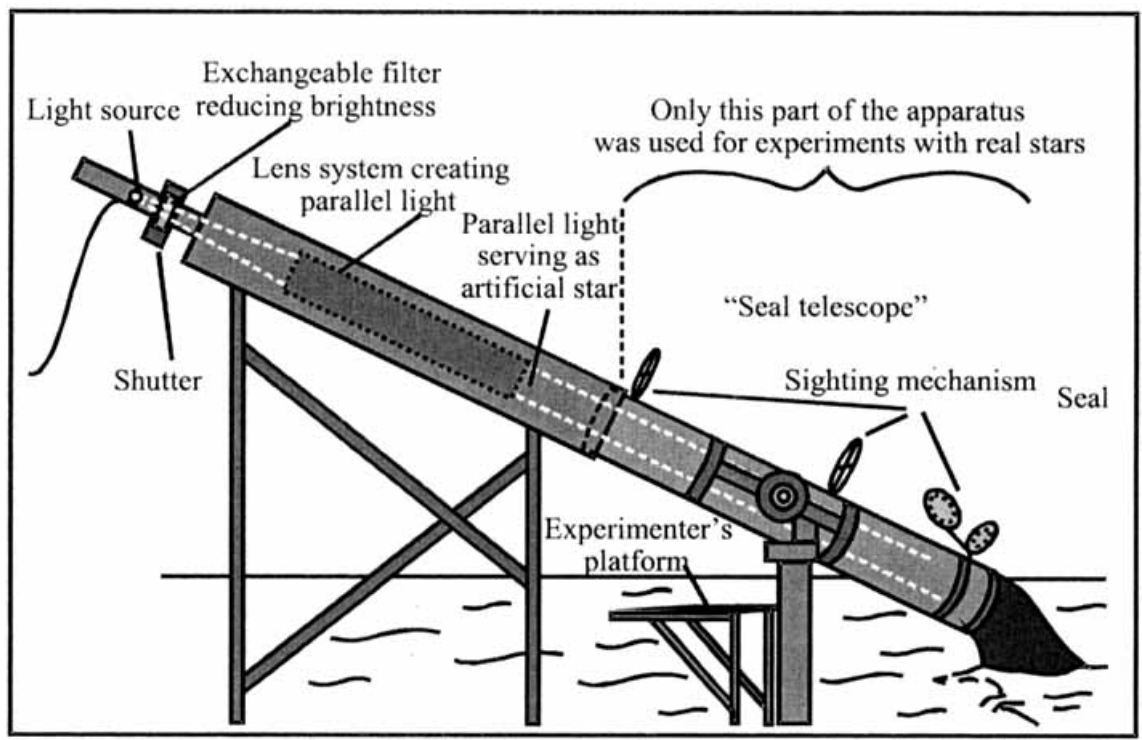 I believe they were trying to prove that seals can use astronavigation (using the stars to navigate), but either way, they got a seal called Nick to see Venus, so that's fun.

If you have access to the full academic paper you can go and read the full thing, but I don't see how any part of it can beat this diagram.

No spam, ever. We'll never share your email address and you can opt out at any time.